Our Clubs, whilst running themselves, subscribe to follow the policies and procedures set out by the Lancashire Aikikai and their students and instructors are members of the Aikikai.

Lancashire Aikikai is a member of the national governing body, the British Aikido Board (BAB) and follows the governing body's policies and procedures.

This section of the website deals with the policies and procedures that we and our clubs follow.

...we will be professional in the manner our Clubs & Coaches operate.....

That a CPD system will operate for Coaches. The route for those teaching or want to teach is described in the Coaching section.

The Aikikai accepts not everyone wishes to teach or assist – high grades wishing to practise only are also valued and respected.

Lancashire Aikikai is a member of the national Governing Body for Aikido (British Aikido Board) and is subject to its rules and policies.

The Lancashire Aikikai is a vountary body - it has no paid instructors or officials. Those taking on roles and responsbilities have job descriptions to follow and standards described.

For anyone to teach, assist on the mat - formal permission is needed before stepping onto the mat in these roles. (This is not needed for visiting instructors provided that our Head of Association is aware of) 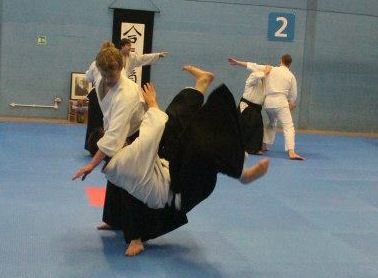 Follow the link above to our webpages dealing with this area.

Sport England recognises the BAB (British Aikido Board) as a governing body for the sport. The link on Sport England's website confirms this.

The BAB acknowledges the connection with Sport England on their home page. BAB website

The Lancashire Aikikai is a member of the national governing body for Aikido, the British Aikido Board. The BAB website confirms this. Follow this link

To show a link that your Club is part of the Lancashire Aikikai and hence with the British Aikido Board there are 2 routes.

2. Or look on this website for where our Clubs are.

See also our documents covering Constitution, Job Descriptions and Club Checklist in the navigation menu as well as our more detailed pages on various areas - including Coordination Groups under "Who we are".