Aikido is a Japanese martial art based on the principle of Ki, That is, the harmony or balance of energy. One seeks to overcome an attacker by first blending with the incoming attack then redirecting its energy. Taking the attackers balance both physically and mentally and then controlling the movement is important in Aikido, as is the development of the use of Ki rather than strength. Many of the movements in Aikido are based on movements with sword and other weapons.

Clips were taken at Japan Day in July 2008 and 2010 and show our Dan Grades and high grades in action others are taken at our annual course at Ribby Hall.

Learning pace is slower in classes - to ensure that the skills needed in techniques are gained safely. 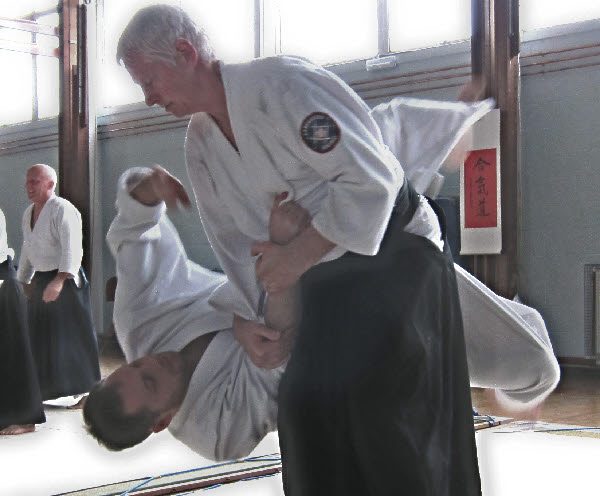