What is Aikido - Overview

It is an art that does not seek to meet violence with violence and yet retains its martial origins. The main form of Aikido techniques are joint immobilisation (or joint mobilisation) and throws utilising an opponent's momentum. Practices with Ken (sword) and Jo (stick) can serve to assist understanding of techniques and their development.

Aikido - is a Japanese system of weaponless self-defence developed from the mid 1920's, by Morihei Ueshiba (1883-1969) as a basis for both physical and spiritual development. Some of the techniques used can have their budo origins traced back to the 12th century. Aikido translates from the Japanese as "The Way of Harmony and Spirit". It is a practical way of harmony with nature following a path of non-contention and reconciliation.

Aikido is essentially non-aggressive and non-violent, and in its orthodox form is totally non- competitive. It is based on spherical movements by which an attacker's aggressive force is not met with force, but is instead deflected or turned back on itself. It includes both throws and joint locks, which, although effective and painful, are applied so as not to cause injury.

Aikido is a method of practical self-defence, through which the practitioner acquires quick reaction and effective movements through its practice. Attacks can be met with a number of differing responses.

Aikido does not require great physical strength or aggressive spirit, it is practised by people of all ages and physical constitution, and by women as well as men. Based on full and natural body movement, Aikido exercises every portion of the body. Flexibility, co-ordination, balance and quick reaction are all developed through the study of Aikido.

In common with other Oriental philosophies and disciplines Aikido teaches that there is no real separation between body and mind. In subjecting our bodies to the precise physical discipline of Aikido we may steadily influence our minds to the good: creating an inner calm and balance.

Aikido, has since its conception, been non-competitive, however, several styles have now evolved from the parent of "Traditional" Aikido. It is the Traditional Form that we study in the Lancashire Aikikai.

The Founder of Aikido Morihei Ueshiba 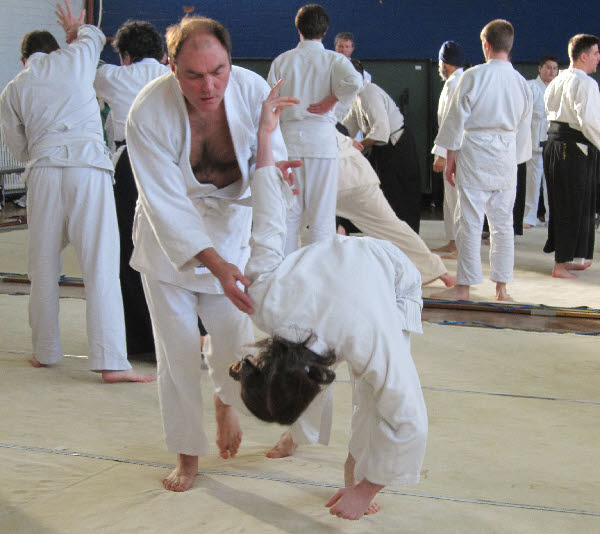